Most gamblers will be familiar with the Blackjack Hall of Fame. Showcasing the best and the brightest, the hall is full of mathematicians, award-winning gamblers, and even TV stars who are acknowledged for ad-vertising blackjack to the general public. While the hall is known for the diversity of its membership, there is one clear problem. The Blackjack Hall of Fame does not acknowledge any women.

Though there may not be any women in the Blackjack Hall of Fame, that does not mean that women don’t know how to play the game; in fact, some of the greatest blackjack players of all time are women. In this article, we explore some of them in more detail.

Eleanore Dumont is regarded as the first ever professional blackjack player. Originally from France, Dumont moved California in 1854 to open her own blackjack casino. The first of its sort, the casino was called ‘Vingt-Et-Un’. Before the game took the name ‘blackjack’, it was referred to in France by this name. Running the casino almost single-handedly, Dumont implemented a strict set of rules for those wishing to gamble under her roof. If players exhibited bad language or started a fight, they were immediately re-moved from the premises. Over time, Dumont convinced every gambler to abide by her rules.

Inside the casino, Dumont always dealt the cards for each game. Often participating in the games herself, she quickly made a name for herself as the best blackjack player in California. Regardless of the outcome, she religious poured champagne for each of players at the end of the game. Before long, the miners of Nevada City decided that they preferred to lose a game to Dumont than to win against anyone else.

Eventually, the gold in Nevada City ran dry. Dumont decided to move her casino to alternative locations such as Montana and Idaho. Finally, she moved her pride and joy back to California where she resided until her death in 1879. In 2006, she was nominated for the Blackjack Hall of Fame but unfortunately was not elected.

Originally from New York, Cathy Hulbert was always a keen gambler. With no family money, she decided to put herself through college by playing cards. It was then that she discovered her talent. At just 24, Hul-bert moved to Las Vegas with the ambition of becoming a professional poker player. Just weeks after she moved to Vegas, she landed a job as a casino blackjack dealer, which eventually changed her entire life plan.

One evening whilst at work, Hulbert noticed that a regular customer called Peter always seemed to win when his bets were high and lose when they were low. After asking him how he managed it, Peter taught her the art of blackjack counting. It didn’t take Cathy long to learn the trick, and when her lessons were complete she joined Peter’s card-counting team. Known as ‘The Czechs’, the team travelled around Eu-rope playing in all the major blackjack casinos. After a few years, Hulbert returned to America to become a member of famous blackjack team run by Ken Uston. After winning almost every game, Cathy and the rest of team ended up getting arrested more than 50 times and were banned from over 150 casinos.

Eventually Hulbert decided to leave the blackjack team and return to poker. As well as religiously playing in high-stakes poker tournaments, she started up a website called Poker4Girls.com. Additionally, Cathy wrote a book to accompany the website called ‘Outplaying the Boys: Poker Tips for Competitive Women’. Today, she remains the only women on Card Player magazines ‘tops seven-card stud poker players’. This acknowledgement led her to feature in a variety of books and television shows.

In 2007, 40 of the best blackjack players in the world took part in the World Series of Blackjack. After weeks of ongoing tournaments, Alice Walker claimed first prize. In addition to taking home the Champi-onship trophy, Walker pocketed $500,000. In 2006, Walker was crowned the winner of the National 3-Card Poker Championship. Winning 2 consecutive national card championships was almost unheard of, so when Alice claimed first prize at both events she was regarded as one of the top card players in the world. To this day, the double award bagged by Alice has never been duplicated. However, she is still to claim a place in the Blackjack Hall of Fame.

Another player that deserves recognition is Angie Hardy. In her younger years, Angie had little interest is card games, and even less in gambling. Shortly after having her children, Angie became a single mother. Searching for a way to pay the bills whilst looking after her family, she decided to try her hand at black-jack. Whilst she will admit she wasn’t born with a natural talent, her sheer determination made her into one of the greatest players in the world. After years of lower league games, Angie finally got into a varie-ty of important tournaments including the Ultimate Blackjack Tour and the World Series of Blackjack.

Renowned for her aggressive gambling style, Angie is known as the ‘mother lioness’ amongst the gam-bling community. Her pure devotion to her family enabled her to beat some of the greatest players in the world.

Looking at Eleanore Dumont, Cathy Hulbert, Alice Walker, and Angie Hardy, it’s clear that blackjack is far from being a men’s game. Seen as being some of the best blackjack players in the world, it’s absurd that they haven’t been featured in the Blackjack Hall of Fame yet. There is still time though, and we hold out hope that these women blackjack players will eventually get the recognition they deserve. 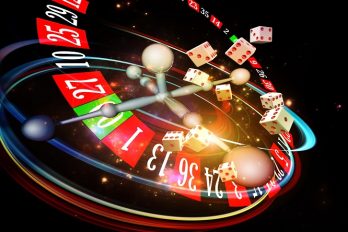 Tactics to Win at Roulette: Red or Black

For hundreds of years, roulette has been the game of choice for many gamblers. While some people believe that the outcome of the game [...]
June 1, 2018 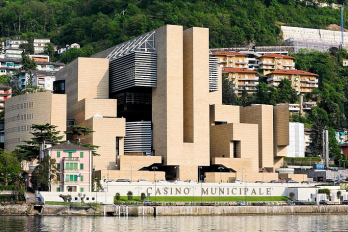 When it comes to casino gambling, every establishment wants to make a great first impression. With so many brick-and-mortar casinos out there, the competition [...]
April 12, 2018 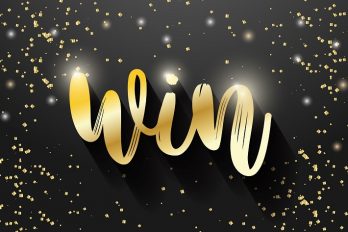